The West always paralyzes me

Listen to the 1912 Letter to Elizabeth Shepley Sergeant 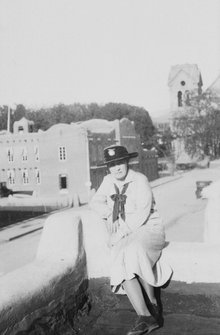 Willa Cather sits on the balcony of the La Fonda Hotel      I’ve been tramping about the West for two weeks now and have just reached my mail, which was all forwarded to Winslow. Your letter has made me feel that I would like nothing quite so well as to run over to North Carolina and see how you do. I feel pretty dismal about your being knocked out like this. There are so many people who could better afford to be ill—who would not be restive or impatient under it, and who would not use up their good brain-stuff in the dismal game of being sick, as I am afraid you do yours. Everything that happens is apt to set a good many wheels going, and wheels that do not in the least take the place of iron pills. Isn’t that so? It makes one rage to have wheels of that sort spinning in empty air. And when one is ill they do just spin on without registering. But you have got so much done in the last two years that perhaps all these things, even Polk County, will register in time. But I know you will be too wise to feel discouraged about being divorced for awhile from the manual labor of using a pen. It’s when you come to banking your fires that I’m doubtful about you. If one has the habit of living keenly they’re apt to go on doing, I’ve observed, in a desert, a cell, a pallet—in the dust, if the poppies that blaze on the Palatine Hill mean what they seem to. But I hope you can turn the lamp low for a little while. I would run over to see you if we had not the misfortune to be born in such a big country. 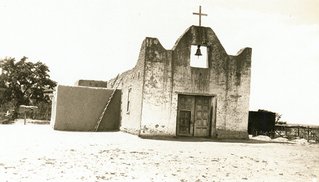 Santa Clara Pueblo, New Mexico     But “Bigness” is the subject of my story. The West always paralyzes me a little. When I am away from it I remember only the tang on the tongue. But when I come back [I] always feel a little of the fright I felt when I was a child. I always feel afraid of losing something, and I don’t in the least know what it is. It’s real enough to make a tightness in my chest even now, and when I was little it was even stronger. I never can entirely let myself go with the current; I always fight it just a little, just as people who can’t swim fight it when they are dropped into water. It is partly the feeling that there are so many miles—wait till you travel ’em!—between you and anything, and partly the fear that the everlasting wind may make you contented and put you to sleep. I used always to be sure that I’d never get out, that I would die in a cornfield. Now I know I will get out again, but I still get attacks of fright. I wish I didn’t. I somehow feel that [if] one were really a fit person to write about a country they wouldn’t feel that.

But really, the Bohemian Girl is in the right key, like that country, I mean. I went out into the Bohemian country when I was in Red Cloud and it seemed just like that to me. By the way, while I was in Pittsburgh I gave that story a good “going over” and I wrote in a new scene which I think helps it very much. I am grateful to you for backing me on that story, for it really is like the people, gets the undulation of the ground. 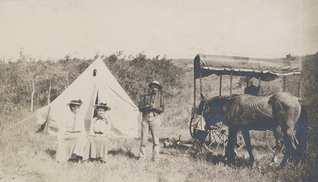 Willa Cather and Isabelle McClung camping in Wyoming    Now about Arizona: it’s good, but New Mexico is better. Winslow is an ugly little western town. I send you a picture of it. Only railroad people here, but a good hotel. The Santa Fe road carries no dining cars and all the through trains stop here for one meal or another. The homes are little egg shell affairs. My brother has a whole one—the “casa” the Mexican wash woman calls it, and what a “casa”—and I don’t believe the whole home is big enough for me to write in. But the real thing is that the air of the place is “off” for that sort of work. My brother, poor chap, couldn’t understand that, but it is. So I don’t think I shall stay here very long. I’ll run about the country with him a good deal for awhile and see a lot, and then fade away in search of that seemingly simple but really utterly unattainable thing, four walls in which one can write. After you cross two miles of tin cans and old shoes the desert is very fine—bright red sand, like brick dust, and the eternal sage and rabbit-brush. But the sand storms! They often stop the trains. I am almost sure I could work at Albuquerque, New Mexico. It is in the most beautiful country I have ever seen anywhere, like the country between Marseilles and Niece only much more brilliant. All around it lie the most wonderful Indian villages—not show places, real places, each one built close about its church. There are dead villages, too, that were Spanish missions in Elizabeth’s time. My brother and I are going there next week to spend a few days, and I’ll see whether you could find a room easily. After that I’ll know more about the place, too. But I think it would give you—well, just that something that one needs. If I were still here I could go over to see you. It’s only a night away, and when people live by and on the railroad that is nothing. I feel pretty sure that Winslow would depress you terribly—the wind, the sand storms, the tin cans, the stolid humanity. But Albuquerque is another story. There is a strong pull about the place, and something Spanish in the air that teases you. Such color! The Lord set the stage so splendidly there. It can’t have been all for nothing, for motors and phonographs and our damned good plumming! There really must be a new hope yet to come—a new tragedy or a new religion, some crusades or something. It is too utterly splendid, from Trinidad to Albuquerque, to go to pot. The valley of the Rhone is nothing to it. From Trinidad to Las Vegas there is a continuous purple mountain that does tune one up. 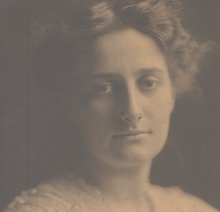 Elizabeth Shepley Sergeant     Now please write to me, and write plain script, because I want so much to hear from you, and not to be in any doubt as to what you say. (This is slightly facetious, for I can really read you very well now.) But I do most particularly and definitely and acutely want word of you; of how you do and of what you are thinking and feeling—though I do sincerely hope you aren’t feeling anything but sleepiness and laziness. It is because I really want word of you so much that I have prolonged this letter so unduly, and keep on writing. You know that absurd and interesting habit of mind—which always acts on the principle that if one bullies an idea long enough the idea will give back. And now, as the poor Mexicans say to their sweethearts, “May all the gold I have ever dreamed of be yours.”

In 1912, Cather made a decision that changed the direction of her career. She had been working at McClure’s Magazine for a half dozen years and had risen to become its managing ...