The Story Behind the 1908 Sarah Orne Jewett Letter

Sarah Orne Jewett (1849-1909) is an important American writer of the late nineteenth century who is often celebrated for her sensitive and beautiful portrayal of women’s lives. Her bookThe Country of the Pointed Firs (1896), which like much of her work is set in a small Maine community inspired by her home in South Berwick, was included by Cather in a very short list of “American books which have the possibility of a long, long life.” The stories in the book, Cather wrote, “melt into the land and the life of the land until they are not stories at all, but life itself.” 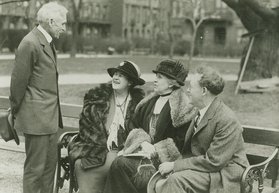 In 1924, S. S. McClure, Willa Cather, Ida Tarbell, and Will Irwin.     Willa Cather met Jewett in 1908 at Annie Adams Fields’s home while in Boston on assignment for McClure’s Magazine. The two were quickly interested in each other, and Cather sent the older writer a copy of her story “On the Gull’s Road” which was published in McClure’s in the fall of 1908. Jewett wrote Cather praising the story, though suggesting that perhaps she need not write the shipboard romance from the male lover’s perspective, which was a “masquerade” for a woman writer, but could instead do it “as yourself—a woman could love her in that same protecting way—a woman could even care enough to wish to take her away from such a life.” 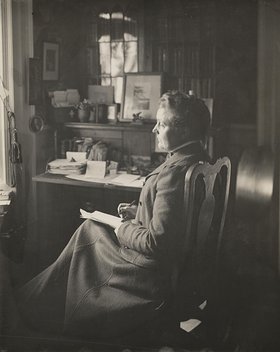 A couple of weeks later, Jewett wrote Cather again, concerned about her well-being. She knew Cather was burdened by her demanding work at McClure’s and did not have much time to pursue writing seriously. She implored Cather to “guard and mature” her “force” as a writer, to not waste it in the noise of the office. “I want you to be surer of your backgrounds,” Jewett wrote, “you have your Nebraska life,—a child’s Virginia, and now an intimate knowledge of what we are pleased to call the ‘Bohemia’ of newspaper and magazine-office life. These are uncommon equipment, but you don’t see them yet quite enough from the outside.” She wanted Cather to find quiet and friends that would not just reflexively praise her: “your vivid, exciting companionship in the office must not be your audience, you must find your own quiet centre of life, and write from that to the world that holds offices, and all society, all Bohemia; the city, the country—in short, you must write to the human heart, the great consciousness that all humanity goes to make up.” Without such centering, the writer is crude, superficial, and sentimental. “We must be ourselves,” Jewett told the young writer, “but we must be our best selves.” 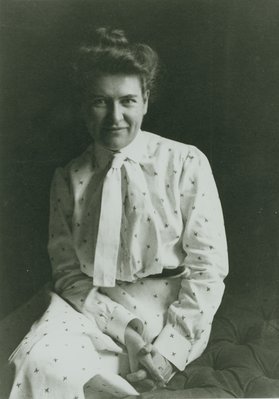 Seated studio portrait of Willa Cather in Pittsburgh    As Cather’s response to Jewett makes clear, the work she did at McClure’s was consuming and, often, disheartening. But the money was good, and it would be difficult for her to leave the office and remain independent. Cather knew Jewett was right, though: she could only mature as a writer if she had the space and time to, as she says in the letter, “pull [herself] together.”

Cather’s friendship with Jewett didn’t last long, as Jewett suffered a stroke in early 1909 and died the following June. But the older writer’s encouragement and advice lingered in Cather’s mind. In 1912, she took a leave of absence from McClure’s and traveled west to visit her brother inArizona. While away from the office, she found something in herself. “I feel as if my mind had been freshly washed and ironed, and were ready for a new life,” she wrote S. S.McClure.

Cather never went back to the office life. Instead, she used her new found confidence to write about her distinctive background. She wrote about the land and people she knew as a child in O Pioneers!, and in the opening pages of the novel she offered this dedication to her mentor: