The Story Behind the 1912 Annie Adams Fields Letter

When Cather met the writer Sarah Orne Jewett in Boston in 1908, she met her at the home of Annie Adams Fields. “Mrs. Fields,” as Cather always referred to her, was an eminent 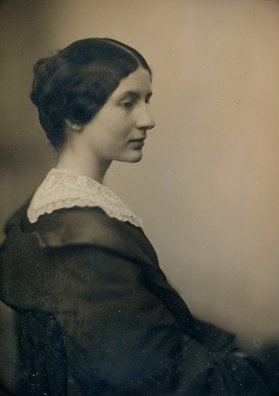 Annie Adams Fields Bostonian, the widow of publisher James T. Fields and the hostess to countless literary greats from the nineteenth century. She had been friends with Charles Dickens, Nathaniel Hawthorne, Harriet Beecher Stowe, and Ralph Waldo Emerson, and she was deeply involved with her husband in the editing and publishing business. Poet James Russell Lowell, the first editor of the Atlantic Monthly, remarked, “It was to Mrs. Fields liking me . . . that I owed my place on the Atlantic.”

Fields was 74 years old when Cather met her, and the older woman gave Cather a connection to the rich literary past of the United States. “Think, Miss Sergeant,” Cather told her friend, “what it is to know someone who invited to her table Emerson, Holmes, Hawthorne, Howells, James Russell Lowell—and who remembers and quotes what they said there!”

Cather was a little intimidated by Annie Fields. Years later, she commented that “Mrs. Fields was so new a type in my experience that I was never at ease in writing to her. I was always afraid of touching upon one of her prejudices, or in some way letting the noisy, modern world in upon her.” In this letter to Fields, Cather can’t resist the temptation to let her sophistication show: she quotes German composer Richard Wagner and French novelist Honore dé Balzac in her descriptions of a visit home to Nebraska.

But the letter doesn’t feel like it was written by someone ill at ease. Cather, fresh from her trip to Arizona and glowing with the confidence she found away from the city, had begun to see her home country differently. She had written fiction set in Nebraska since she was a young woman, but many of the early stories fixate on the ugly burdens of farm life or small-minded locals. In the summer of 1912, though, while she was visiting her family in Red Cloud, she began to realize that her Nebraska background could be the stuff of a different kind of literature. She began to imagine her second novel, O Pioneers!, a book focused on the visionary farmer Alexandra Bergson and the rich community and country that surrounded her. The comparison in this letter of the smell of the fields to the smell of bread baking is an image she repeats in a climatic scene in the novel: “Everywhere the grain stood ripe and the hot afternoon was full of the smell of the ripe wheat, like the smell of bread baking in an oven.”

She told Elizabeth Sergeant in April 1912 that she was afraid she would get swallowed up by the prairie, that she would “die in a cornfield.” By June, her perception had shifted. She now saw an “enchantment over everything” in the light of the full moon. The fright of the spring had become the joy and pride of summer. With this letter Mrs. Fields of Boston and Manchester, scion of the old American literary world, became one of the first readers to witness Cather’s creative transfiguration of Nebraska.