The Story Behind the 1936 Annie Pavelka Letter

In Cather’s personal copy of My Ántonia, there is a folded up letter from Anna Pavelka written on December 22, 1918. It begins “Dear friend” and invites Cather to a dinner in honor ofthe wedding of her daughter Julia Pavelka, one of her ten children. Though Cather was in New York and unable to attend the dinner, she kept the short letter. It was written only a couple of months after the publication of the novel, and Cather no doubt stuck it in her copy of the book because the letter was from the woman who was the model for her central character, the woman she called the “real Antonia.” 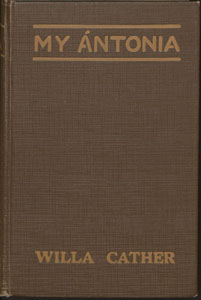 Anna Pavelka was Willa Cather’s inspiration for My Ántonia    Anna Sadilek immigrated with her family from Bohemia to Webster County, Nebraska, in 1880 when she was about eleven years old. Cather met her a few years later, after moving from Virginia to Nebraska. One of the first stories Cather heard after she arrived was about Francis Sadilek, Anna’s father. Mr. Sadilek was a weaver and musician who was overwhelmed by farming life, and he committed suicide soon after arriving in Nebraska. The story inspired an episode in My Ántonia, but also the plot of Cather’s first published short story, “Peter.” 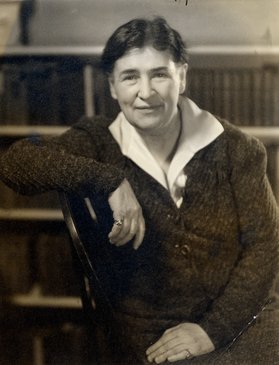 Willa Cather on December 7, 1936     When she was a teenager, Anna Sadilek lived in Red Cloud, Nebraska, and worked for the Miner family. The Miners were near neighbors of the Cathers, and the children all played together. It was probably at the Miner house that Cather first met Anna Sadilek. Though they had very different lives and interests, they both had the self-assuredness and courage to think for themselves, and they became friends. Later, when she returned to Nebraska as an adult to visit her family, Cather often would visit Anna Sadilek—later Anna Pavelka—as well. She probably visited the Pavelkas in 1916 when she was back home and saw the huge family that Anna and her husband John had created. Shortly after this visit, perhaps directly inspired by it, Cather started writing her novel My Ántonia, a book that immortalized Anna Sadilek Pavelka as Ántonia Shimerda Cuzak, one of the most-loved characters in Cather’s fiction. 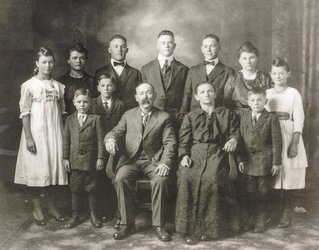 Anna Pavelka’s family     This letter, one of the very few letters between the two women that survive, is a response to a letter from Pavelka thanking Cather for a Christmas check that was used to purchase awashing machine. In the 1930s, when Cather’s income was high, she often sent money to friends and family who were suffering in the depressed economy. She liked to send checks as well as boxes of food, clothes, and other things. She had special affection for the older women; she sent the Lambrecht family a box of food and made sure it included some Butternut coffee, as she knew Mrs. Lambrecht liked her coffee but went without when money was tight.

Members of the Pavelka family continue to cherish gifts Cather sent to them. Anna Pavelka’s descendants still wear a beaded necklace Cather is said to have given to her, and they point to it with pride when sharing the story of Cather’s friendship with their Bohemian family.

Read the Letter to Annie Pavelka