The Story Behind the 1892 Letter to Louise Pound

Willa Cather moved to Lincoln, Nebraska, to attend the University of Nebraska in the fall of 1890, when she was sixteen years old. Before she could enroll as a freshman, she had to takeone year in the University’s two-year preparatory program, or Latin School, since Red Cloud High School’s curriculum didn’t meet the University of Nebraska’s entrance requirements. It was probably during the first year, when Cather was a “second prep” student, that she met Louise Pound. 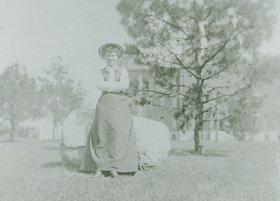 She and Cather likely formed their friendship through their shared devotion to literature and the arts. In the fall of 1891, they worked together on the short-lived campus magazine The Lasso, and later collaborated on dramatic productions.

By June of 1892, when Cather wrote this letter, she was clearly infatuated with Pound. Cather’s freshman year was coming to an end, and she was about to leave her Lincoln friends behind and return to Red Cloud for the summer. The letter emerges both from her strong attraction to Pound and from the swirl of emotions she felt as she was about to leave her social world to return to her parents’ house.

A few things in this letter require some explanation. The “Worth costume” Cather comments on is a gown from the fashionable “House of Worth.” Clothes from this Parisian company dominated the wardrobes of many wealthy European and American women in the late nineteenth century, so wearing a dress from Worth meant stepping out in high style. Though Cather 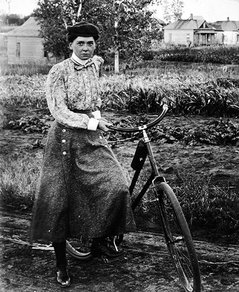 Louise Pound with bikeLouise Pound with bike liked fine clothes as she got older, when she was a college student she could not afford such a lavish gown, and at that time in her life she seemed to prefer clothes with a more androgynous style. The “Worth Costume” both attracted Cather—as her letter makes clear—and distanced her from Pound. It probably reminded her of Pound’s high social standing in Lincoln and the worlds in which she was not yet welcome.

The “Persian poem” Cather mentions is an illustrated edition of The Rubáiyát of Omar Khayyám by Edward FitzGerald. Louise Pound’s twentieth birthday was June 30, 1892, and Cather may have given the book to Pound as an early present. FitzGerald’s work was very popular in the nineteenth century and was published in several editions. The one Cather gave Pound was an 1886 deluxe edition published by Houghton Mifflin that featured drawings by the American artist Elihu Vedder. The original copy, inscribed by Cather to Pound, is in the Archives and Special Collections of the University of Nebraska-Lincoln Libraries.

This letter is quite rare among Cather’s letters for the explicit way it reveals her intense romantic feelings, and it has often been cited as evidence of Cather’s lesbian identity. Not only does she admire Pound physically in the opening paragraph, she suggests a keen desire to touch or kiss her (“I wanted very much to ask you to go through the customary goodbye formality”), and agrees with their classmate and fellow Lasso editor Minnie DePue that it is “manifestly unfair that ‘feminine friendships’ should be 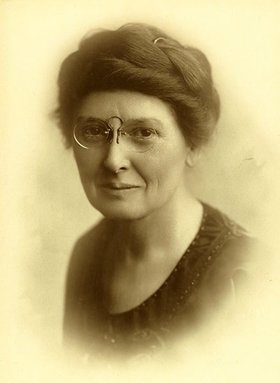 But, throughout, it is Cather’s uncharacteristic self-deprecation, and the way one can sense her desperation to be wanted, thatmakes this a heartbreaking love letter. Though other letters demonstrate that she remained enamored with Pound for at least another year or so, Pound apparently did not return her feelings, and by 1894 their relationship seems to have permanently cooled. The “Union” photograph that Cather implores Pound to save in the final postscript, the one of them together in Cather’s freshman year, does still survive.

Read the Letter to Louise Pound